Estonian Unicorns – 7 companies that are valued at €1bn + 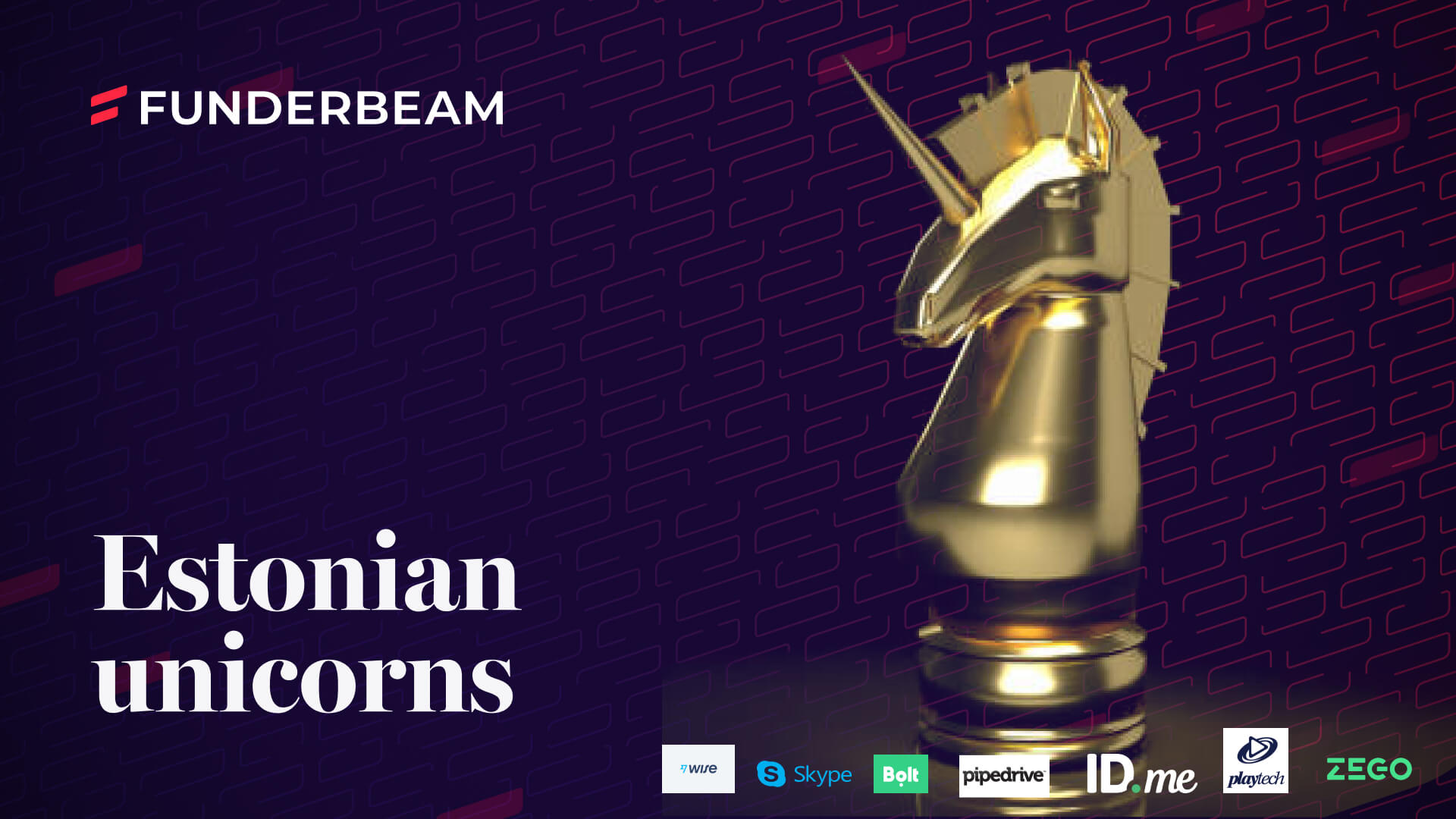 Estonia has more than 5 unicorns per million capita, meaning it has the most unicorn businesses per capita of any other country in Europe.

Estonia currently counts 7 companies that are valued at $1bn or more, with this number expected to grow in the coming years. These companies range from businesses that help customers get around, to cutting edge software that has revolutionised customer service for people across the world.

This article looks at the 7 Estonian unicorn businesses, considering their history, what they do, and their valuation on the current market.

What does Bolt do?

Bolt is a multi-faceted company that offers various mobile and vehicle services to customers across the world, including Europe, Africa and Latin America.

You can use Bolt to hire a car, share a journey with someone or get food delivered to your location.

A brief history of Bolt

To find out more about Bolt check out their website here.

What does Pipedrive do?

Pipedrive is a cloud-based software company that has developed an app with the same name.

A brief history of Pipedrive

To find out more about Pipedrive check out their website here.

What does Wise do?

Wise, formerly TransferWise, is a financial technology company. It offers a money transfer service which allows individuals and businesses to send money abroad without any hidden charges.

Wise updates customers on relevant exchange rates, and helps anyone across the world easily send money to international locations.

A brief history of Wise

To find out more about Wise check out their website here.

What does Playtech do?

A brief history of Playtech

To find out more about Playtech check out their website here.

What does ID.me do?

ID. me is an online identity network used in the US to securely verify the identity of individuals online without the need for in-person identity verification. This is used for access to government services, such as by the Department of Veterans Affairs, and it is also used for verifying healthcare credentials.

Students and other individuals can also use this company to receive discounts from brands.

A brief history of ID.me

To find out more about ID.me check out their website here.

What does Skype do?

Skype is an application that allows video-conferencing and voice calls between users. As the programme has been changed and improved over the years, users have been able to access other features such as file transfers.

Skype is available on desktops and mobile devices, and it allows group video calls for conferences, or one-to-one calls between two people.

A brief history of Skype

To find out more about Skype, check out their website here.

What does Zego do?

Zego is an insurance company that specialises in offering insurance policies by the hour to part-time delivery drivers. Customers can purchase policies online, on the phone or via the Zego app- and they are available to users for an hour or up to a full year.

The company also works in other areas of insurance, such as public liability for those who are self-employed, and liability cover for businesses.

A brief history of Zego

To find out more about Zego, check out their website here.