An overview of the Finnish economy 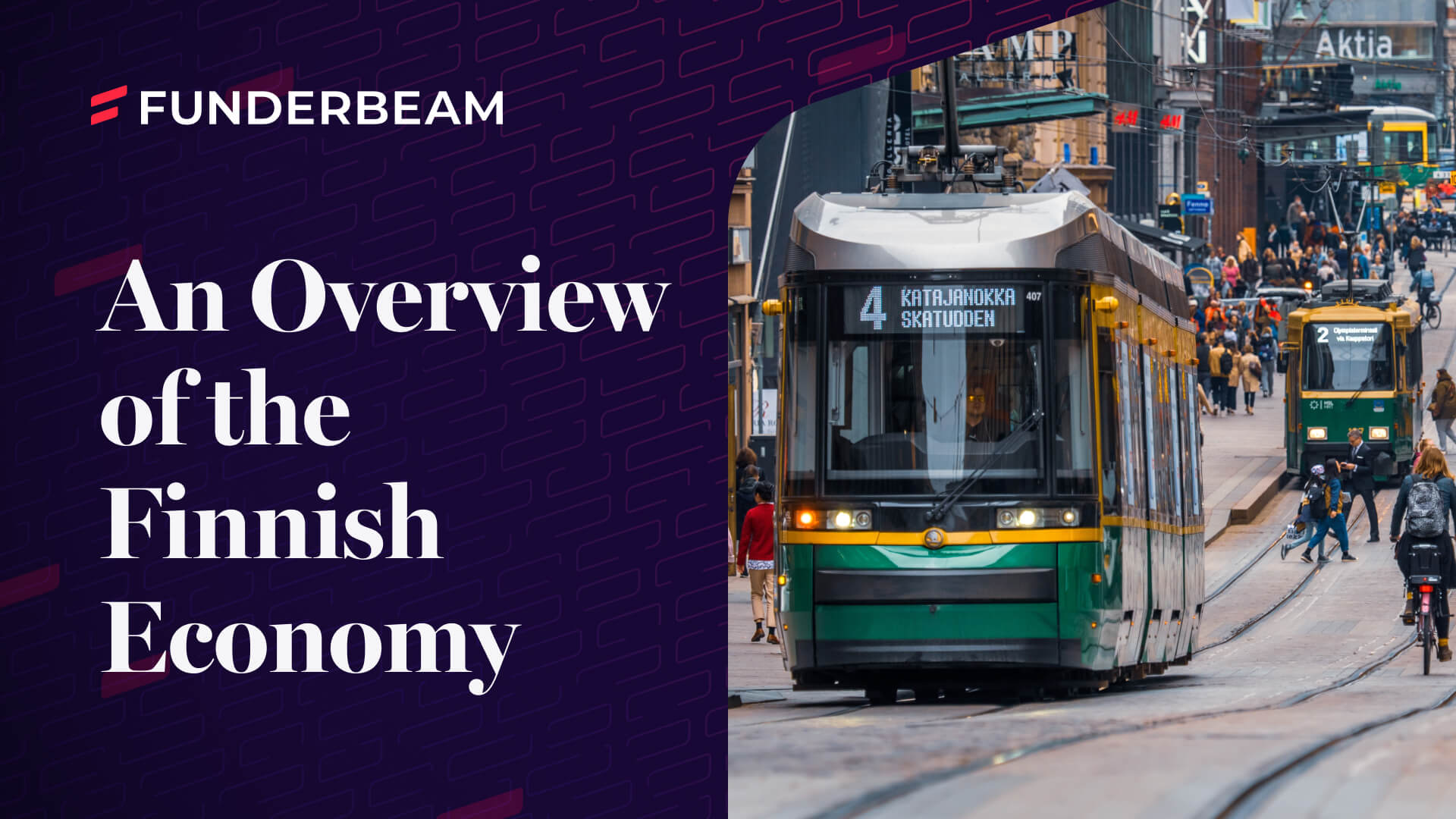 Finland, the symbolic northern border between western and eastern Europe is one of Europe’s leading economic countries. Finland’s economy ranks as the 17th freest country in the 2021 Index with economic freedom score of 76.1.

In this article, we will take a closer look at the Finnish economy, what makes it stand out, its industries, and the thriving forces behind its success; moreover, we will take a deep dive into Finland’s start up scene and the predictions for the future of finish economies.

Nonetheless, don’t let Finland’s relatively small population fool you – despite its size, Finland has been and continues to be a trendsetter in many fields since its independence dating back to 4th December 1917.

The national languages are Finnish and Swedish, but the Finno-Ugric language is also considered official in regions with a Sami population. The currency used in Finland is the Euro.

Finland is considered one of the wealthiest countries in Europe and the world, thanks to its developed free-market economy.

Although the economy of Finland is primarily based on private ownership and free enterprise, nevertheless, there are still some sectors over which the government exercises a monopoly and takes the lead role.

As noted, Finland is a free market economy primarily based on private ownership and free enterprise; the largest sector of Finland’s economy is services (72.7%), and it is followed by manufacturing and refining (31.4%) and primary production (2.9%).

Up to the 1990s, the Finish economy relied on the country’s vast forests and abundance of minerals and mines, but since then, the country’s focus has shifted and Finnish industry has become increasingly dominated by electronics and services. The largest industries in Finland are:

For a long time, Finland has been a world-leader in technology, ICT, paper, and pulp industries; some of the leading and globally known companies are:

The Start-up Scene in Finland:

With entrepreneurship being an old phenomenon in Finland, it is no surprise that the startup scene in Finland has given birth to companies recognized all over the world, such as Nokia, IObox, MySQL, etc.

The dot-com bubble had a significant impact on the Finish start-up system; this era gave birth to some of Finland’s worldwide recognizable start-up companies such as IObox (Finnish mobile and web portal operator which in 2000 became the largest venture capital exit in Finland) and My SQL AB (which in 2008 surpassed IObox with its stale).

Finland has one of the fastest-growing start-up scenes in the world, offering a stable business environment and a great testbed for new technologies.

This is because the Finnish society is safe, transparent and the country is stable, with low levels of bureaucracy. Moreover, there are numerous funding initiatives and services that the government offers for innovative, early a-stage companies.

An additional bonus is also that Finland offers a stable infrastructure for testing and is rich in highly-educated and tech-savvy people. All of this makes Finland a fertile ground for start-up companies. No wonder that in 2019 Finland was responsible for 10% of the world’s start-up exits – a standout statistic.

Finland and greater Helsinki has been hailed as one of the best start-up hubs in the world, being valued at $5.8 Billion in total. Other Finish start-ups which are worth the hype and we should pay attention to are: IQM, Enfuce, Solar Foods, Silo.ai, Varjo, iFarm, Smarp, Aiven, Next Games, Enevo, Yousician and Whim.

Unicorn companies, which are privately held start-up companies valued at over $1 billion are also part of the Finnish start-up scene. In Finland currently, there are 4 publicly reported start-up unicorn companies:

Future of the Finnish Economy

Even though the Finnish economy has weakened due to the pandemic and the following economic crisis that resulted from it, the preliminary figures still indicate that the contraction in the Finnish economy was less severe than most other European countries.

Responding to the Covid-19 pandemic

To respond to the economic crisis caused by the pandemic, Finland has added reforms and investments in their economic plan, specifically 38 investments and 18 reforms which will be supported by €2.1 billion in grants.

Finland’s plan addresses specific challenges that Finland is facing: 50% of it is supporting climate objectives, while 27% the digital transition and rest in economic changes.

According to the Regulation on the Recovery and Resilience Facility, these reforms and investments should be implemented within a tight time frame and completed by August 2026. This plan fosters economic growth and prioritizes creating jobs; predictions are that it will lead to the rise of Finland’s gross domestic product (GDP) from 0.4% to 0.6% by 2026 and create at least 8,000 additional jobs.

Moreover, this plan further includes an ambitious target of achieving carbon neutrality by 2035, which to be achieved requires adding amendments to the Climate Change Act.

The plan for digital transition

The plan also focuses on economic and social resilience, with funding for reforms in the Public Employment Services, investments in healthcare service processes, investments for research, development, and innovation related to the green and digital transition and support for small and medium-sized enterprises in the cultural and creative sectors, as well as tourism and travel sectors.

All of these reforms and investments are expected to heavily change and reshape the direction of the Finish economy and have a significant impact on the current industries. The green transitions, digital transitions, and the macro-economic changes that will lead to economic and social resilience which are part of Finland’s recovery and resilience plan will significantly impact the finished economy and foster a strong economic recovery further helping in making Finland future-ready.

Companies currently trading on the Funderbeam Exchange – a secondary market for private companies.