Don’t invest unless you’re prepared to lose all the money you invest. This is a high-risk investment and you are unlikely to be protected if something goes wrong. Take 2 mins to learn more
insights

An Overview of the Lithuanian Economy 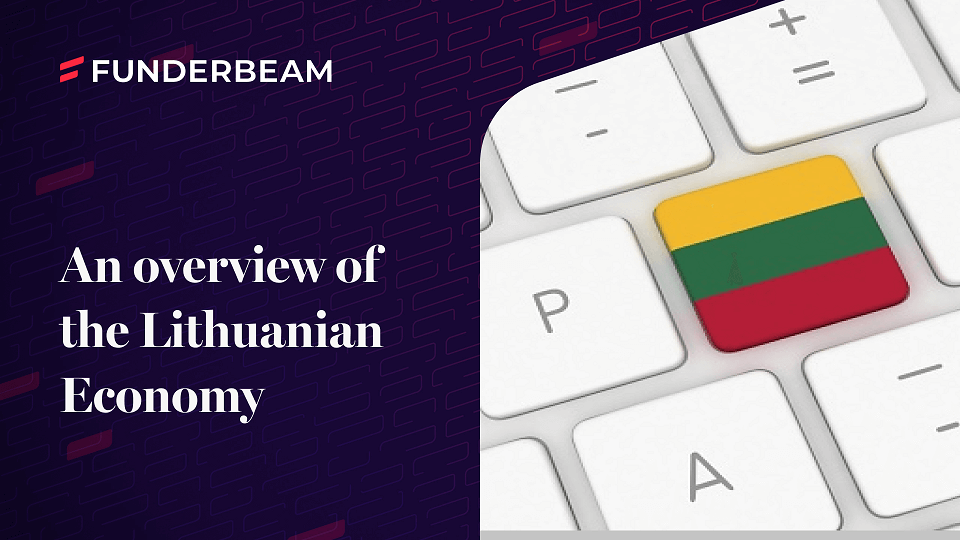 We take a look at the economy of Lithuania, its start-up scene, and the economic future for Lithuanians beyond 2022.

Lithuania, the largest and southernmost of the three Baltic States, is located in north-eastern Europe.

Lithuania used to be one of the most powerful empires that dominated the majority of eastern Europe in the 14th -16th century; nonetheless, decades later, this country went from being part of the Polish-Lithuanian confederation for 2 decades to a brief independence period before it was occupied by Russia (beginning of 1795), controlled by Germany (briefly during WWII), and incorporated into U.S.S.R in 1944 as one of the constituent U.S.S.R republics.

Finally, the country declared its independence by unanimous vote on March 11, 1990, and created its official, newly elected parliament. This was the beginning of the development of Lithuanian’s independent economy which today is the largest economy with the highest GDP per capita among the Baltic States. With an economic freedom score of 75.8, which is above regional and world averages, Lithuania ranked as the 17th freest country in the 2022 Index and 12th among 45 European countries.

Lithuania, officially known as the Republic of Lithuania (in Lithuanian: Lietuvos Respublika) occupies an area of 65,300 km2 (25,200 sq mi) in part of the European region known as the Baltic region (states). Together with Estonia and Latvia, this country occupies the eastern shores of the Baltic Sea. The capital of the state is Vilnius, and the two other major cities are Kaunas and Klaipėda.

Lithuania’s population is 2.795 million people as of 2020 (according to World Bank), the majority of which (four-fifths of the country’s population) are ethnic Lithuanians. Poles, Russians, and a lesser number of Belarusians, Ukrainians, Jews, Tatars, Latvians, and others are also living in the country. The majority of the population (about four-fifths) is Roman Catholic, and there are smaller groups of Protestants, Evangelical Lutherans, and other religions. Interestingly enough, Lithuania was the last pagan country in Europe, which resulted in some elements of the pagan religion still surviving to this day in the countryside.

The official language of the country is Lithuanian, one of only a few living Baltic languages; a majority of Lithuanians belong to the ethnolinguistic group of the Balts and speak Lithuanian, but other languages among which the most dominant are Russian, Ukrainian, Polish, Belarusian, Yiddish, are also spoken in the larger cities.

Since Lithuania’s present constitution was approved by their national referendum in 1992, Lithuania is run by a president and a legislature, the Seimas (114 members elected for 4-year terms), under a parliamentary system. The country is divided into apskritys (counties) which are further divided into rajonas (districts) that are even further divided into savivalbyde (regional towns, urban settlements, and localities). The national government appoints the governor of each apskritys (county), and the districts are self-governing so they elect local councils which in turn elect the savivalbyde’s majors.

The head of the state is the president, the current one being Gitanas Nausėda, while the current prime minister is Ingrida Šimonytė.

The official currency of Lithuania used to be the Lithuanian Litas (LTL), but they joined the euro area on January 1st, 2015 which made them replace the litas with the euro at the fixed exchange rate of €1= LTL 3.45280.

Ever since Lithuania regained its independence, it rapidly moved from its centrally planned economy to a market economy through the implementation of various liberal reforms.

This was further strengthened when they were admitted to the EU and NATO in 2004. Since then, they have enjoyed an even greater growth rate, earning their notion of Baltic Tiger. Their GDP has grown more than 500% since independence, reaching its peak in 2008; their GDP has experienced a falling off of15% due to the deep 2009 recession which significantly impacted all of the Baltic States and the world in general.

Nonetheless, despite the severe recession, the country’s economy started to show signs of recovery later in 2009 and has experienced significant growth ever since, even becoming one of the fastest-growing economies in the EU.

Even though the country struggles with inequality in income among the population, Lithuania is still considered a high-income country by the World Bank. As a matter of fact, the GNI per capita (which is the total income claimed by residents divided by the population,) is about $15,000 per year, which is significantly higher compared to that of Russia ($11000), yet less than half of the average in EU (Typically EU countries’ average stands around $34000). The Household debt in Lithuania is among the lowest of EU countries.

Most of the direct foreign investments in Lithuania come from EU countries, with Sweden historically taking the lead with 20-30% of all FDI in Lithuania. The Netherlands and Germany are coming second and third as the largest investors.

Traditionally, Lithuania always had strong agricultural, textile, logistics, biotechnology, furniture, and laser industries. The largest Lithuanian capital company which also is the largest employer in the Baltic states in general is Maxima – a retail chain operating in Lithuania, Latvia, Estonia, Poland, and Bulgaria.

Other famous companies and corporations in Lithuania are:

Slowly but steadily, the ICT sub-sector is becoming one of the most important sectors in Lithuania; Just in the second quarter of 2018, Lithuania exported 128 million euros worth of ICT services; moreover, this country hosts 13 out of the 20 largest IT companies in the Baltic States. Therefore, it is no wonder that ICT received 9.5% of total FDI.

The Start-up Scene in Lithuania

One of Lithuania’s economic growth plans’ goals is to position itself as the EU’s main fintech hub which will further attract international investments and enrich and encourage the startup scene in Lithuania.

Even though their start-up scene barely existed 10 years ago, currently it is making serious waves, already making high-rankings in the start-up world; as we mentioned, Lithuania is in 11th place on the world’s easy-for-doing-business list, and 2nd place for procedures to start a business, according to the 2013–2019 analysis by Dealroom.co.

“Every year, up to 10,000 different companies come into existence in Lithuania. Lately, the number of new companies has been increasing”.

Moreover, new data published by Creditreform Lietuva additionally shows that 25,000 jobs are created each year by companies newly registered in Lithuania, and only after just 2 years of operation, this number increased by another 60% as some companies are registering a tenfold growth in employee numbers.

Micro companies are especially thriving and showing growth exponentially, every year. Some experience drastic increases in personnel numbers, like UAB Felit which manages the Vilnius branch of IKEA, and went from 2 to 309 employees. The country’s startup-friendly regulatory environment, combined with the over 20 business hubs and accelerators and the strong rankings in intellectual property production are contributing to the significant increase in startup companies in Lithuania.

According to Coface, in their “Baltic Top 50” research which analyzed the biggest Baltic states companies, more than half of them – 29 companies were from Lithuania!

Lithuania has gotten its first and so far only, unicorn in November 2019 – Vinted. Vited the second-hand fashion online marketplace, became unicorn after having raised €128m in a Series E round led by Silicon Valley VC fund Lightspeed Venture Partners.

The Future of Lithuania’s economy

Lithuanian economy was one of the few economies which have rebounded rapidly from the pandemic shock: the country’s GDP growth was projected at over 5% in 2021, and close to 3.7% on average for 2022, 2023. The EU fun flows paired up with the rapid wage increases are the main reasons and drivers behind the domestic activity.

The government of Lithuania has set up a plan that prioritizes regional development as one of its highest policy priorities, mainly because this can attract private domestic and foreign direct investments, forester the growth of the economy, and improve the well-being of the residents.

Although Lithuania’s GDP per capita and productivity are on par with OECD best performers, they still struggle in other areas of their economy which may cause complications in the long run; the crisis just further pointed out the issue of inequality this country deals with (the poorest 20% of households earn 6.3% of total income); the relatively weak labour market integration of the less-skilled workers, heightening the need to tackle these long-standing problems to protect vulnerable groups more effectively.

To change this, part of their priorities for 2021 and 2022 has been a reduction of the high poverty rates, increased social support, improvement of the education system, and integration of less-skilled workers in the labour market. This will contribute to overcoming the inequality issues and help with the economic growth of the country.

You may find these other articles interesting!

An overview of the Danish Economy

Looking in detail at the economy of Finland

The Croatian Economy and Start-Up Scene